The True Cost Of Prescription Medication

Being sick is a drag no matter where you are. Illnesses and diseases occurring in the United States, however, are misfortunes for patients’ wallets as well as their health. In fact, each American spends an average of $983 on prescriptions every year. This is a hefty amount of cash, especially when compared to the medical expenditures of those living outside the United States.

Americans are shelling out significantly more money for prescription medications than those purchasing them in other countries; Americans pay between 50 and 100 percent more, to be more specific.

Look, for example, at an asthma inhaler: people in America can spend $175 for one, while people in Britain pay nothing. The Centers for Disease Control and Prevention claims that asthma costs the United States more than $56 billion each year, an amount derived from potentially preventable hospital visits and over 3,300 deaths, many of which could have been avoided had the individuals used medicine. 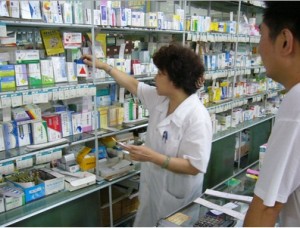 Gout medication, antibiotics and allergy spray are other items with notably higher prices in the United States. Gout pills cost Americans $4.90 per pill and just $0.02 per pill abroad. People in Belgium pay just $0.56 per antibiotic pill, while the United State’s consumer price is $13.15 per pill. Lastly, the allergy spray that costs Americans $125 can be purchased in Romania for just $4.90.

So why exactly is there such a substantial price difference?

Put simply: Americans are paying more for meds because they’re pumping more money into medical research. It’s an expensive industry, with the United States spending $4 to $11 billion dollars for a single drug’s development.

Despite the imposing cost, the United States is responsible for 80 percent of the world’s biopharmaceutical research and development. It’s certainly costly, but it’s a trade-off: the United States creates and releases new, innovative drugs, but its residents need to pay more for such development to be possible.

How else would the United States come up with $225 billion dollars spent on drug research and development each year?

Indeed, the pharmaceutical market in the United States is huge, accounting for 10% of the nation’s health expenditures. Be it chronic leukemia, back pain or meningitis, Americans depend on prescriptions. Research done by Mayo Clinic found that more than 70 percent of Americans use prescription medications, which includes those addicted to prescription meds, requiring drug abuse rehabilitation. The amount of people using drugs explains the nations’ drive to develop more.

The United States’ immense cost of medical exploration is not spent in vain. In 2012, the FDA approved 15 new drugs that led to improved health and quality of life of patients. Blood disorders, Cystic Fibrosis and HIV, as well as breast and prostate cancers, were among the conditions helped by these new medications. Even those with Alzheimer’s disease have avoided up to five years of symptoms by utilizing new drugs.

Many lives and personal financial situations have been bettered by these advancements; some patients have saved thousands of dollars by taking new medications. So while initially paying for medicine can be tough, savings can be seen later when Huntington Beach health center or hospital visits and additional care are not necessary. Individuals suffering from congestive heart failure, diabetes and hypertension saved $1,200 to $7,800 annually.

The United States is leading the world toward healthier lives, but at a cost. It’s pricey to provide drugs for the world, and Americans are definitely taking a financial hit.